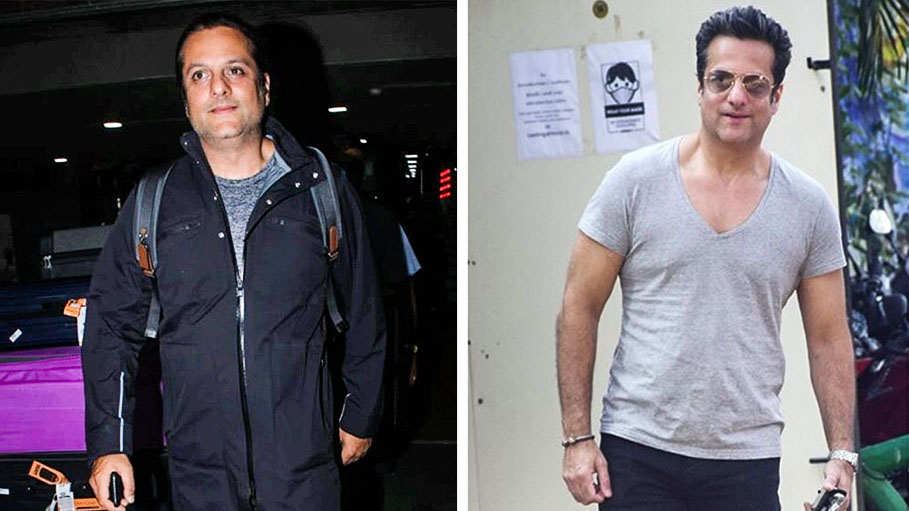 Social media users are star-struck after seeing a snapshot of a transformed Fardeen Khan circulating on social media.

Dressed in a grey T-shirt, black trousers, and shades, Fardeen looks refreshing and younger in the image.  Audiences are undoubtedly smitten by his new reinvented look!

In an interview with ETimes, the actor said that he is feeling 30 mentally however his target is 25.

A couple of years ago the actor had kept himself away from the industry and during this period he had put on weight. He was even body shamed and trolled for it. As claimed by him, it was the first time he was introduced to the world of trolling.

He admitted that he was honestly out of shape but he knew the reality. “It doesn’t feel good to be in that situation, but you have to look at it for what it is. You have to find positivity within yourself. If you constantly seek validation from other people on what they think about you, you need to rethink that.”

He was able to handle the criticism only because he was “well equipped” from within and more so because of his positive attitude.

One of the prime reasons to get back to shape was because he became a parent and he wanted to first set an example to his daughter to follow the path of fitness. He has lost 18 kgs in just six months.

He went on to explain that he was not feeling like 25 and he wanted to feel that. “I wanted to physically feel 25. As you grow older, body degeneration catches up with you. I wanted to feel very, very good again. You need to think about it as a body-mind connection. I came across this in some reading I was doing. I started eating right and healthy, coupled it with correct workouts. I have lost 18 kg in the last six months, but 35 per cent journey is yet to go in this aspect.”

Fardeen has remarkably reinvented himself thereby re-emphasising on the fact that physical transformation is possible with the right workout and a healthy diet.

The actor is planning to make a comeback in Bollywood. He was last seen in films like ‘Jungle’, ‘Bhoot’, ‘Heyy Baby’, ‘Love Ke Liye Kuch Bhi Karega’ ‘No Entry’ and ‘Dev.’